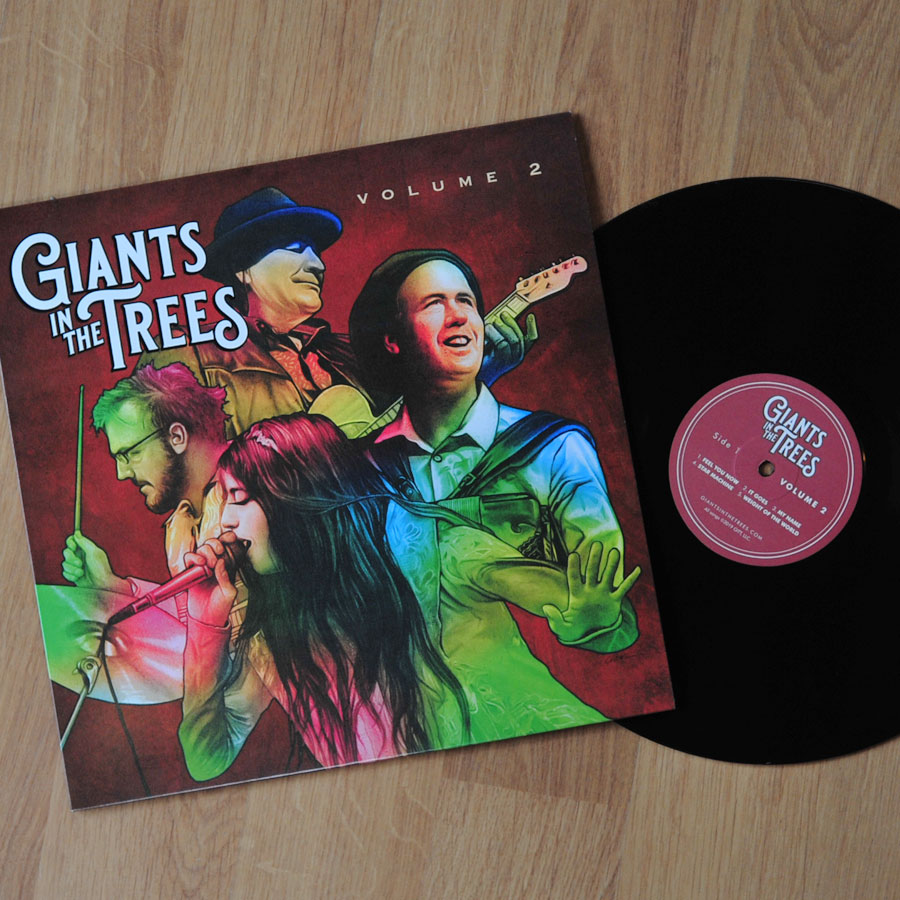 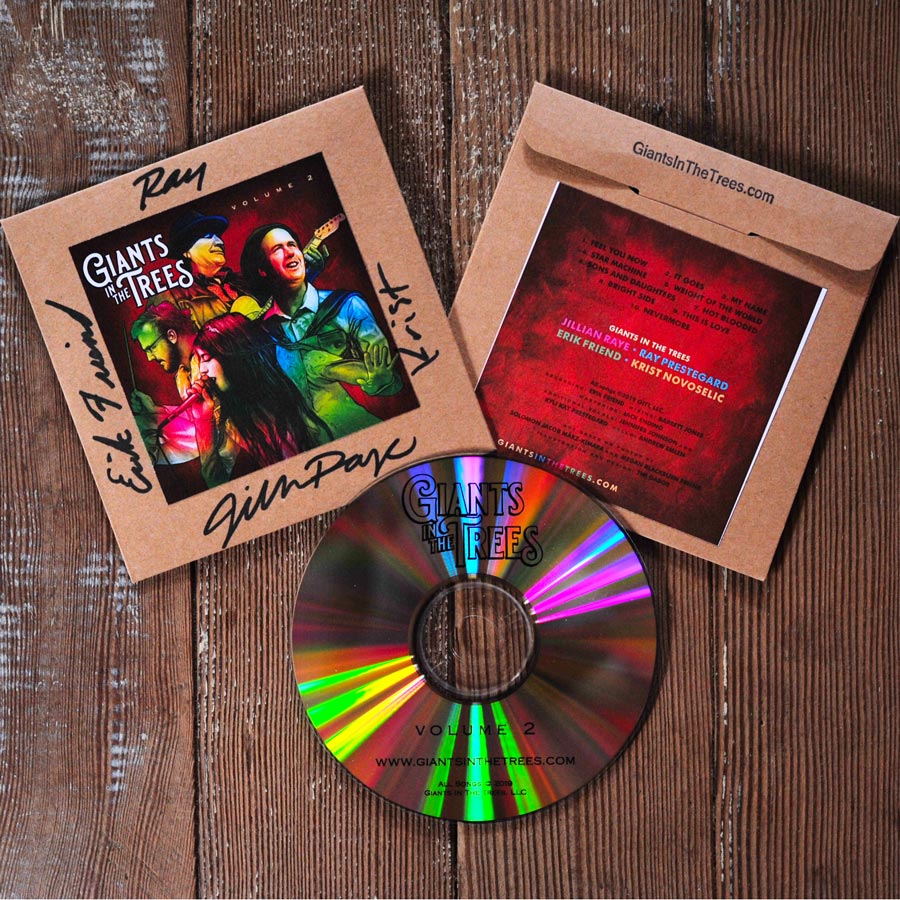 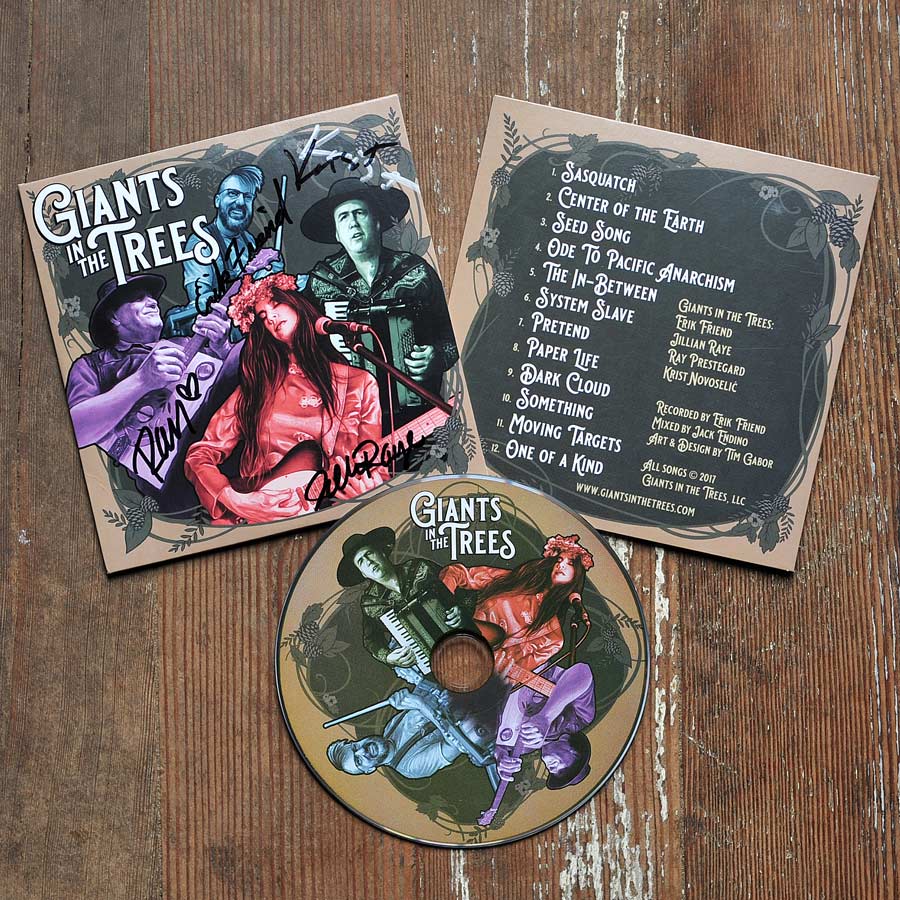 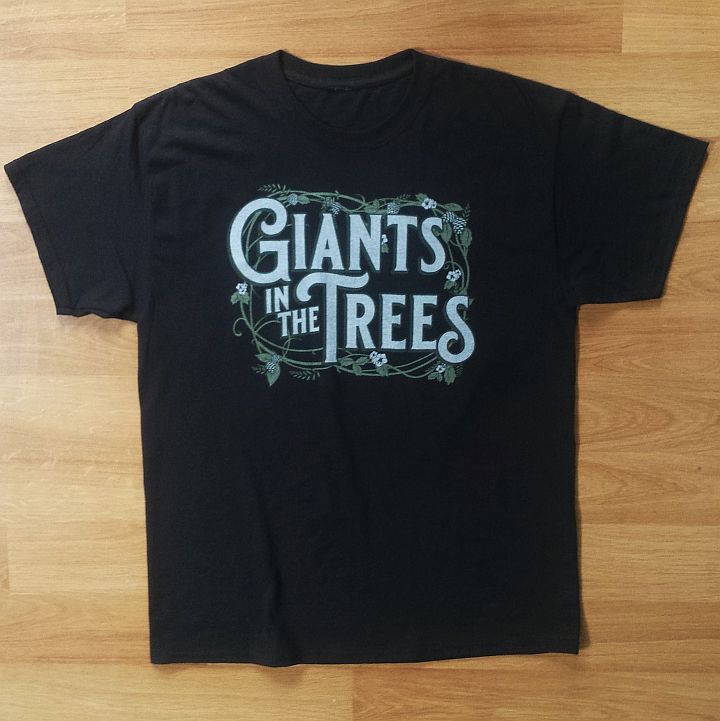 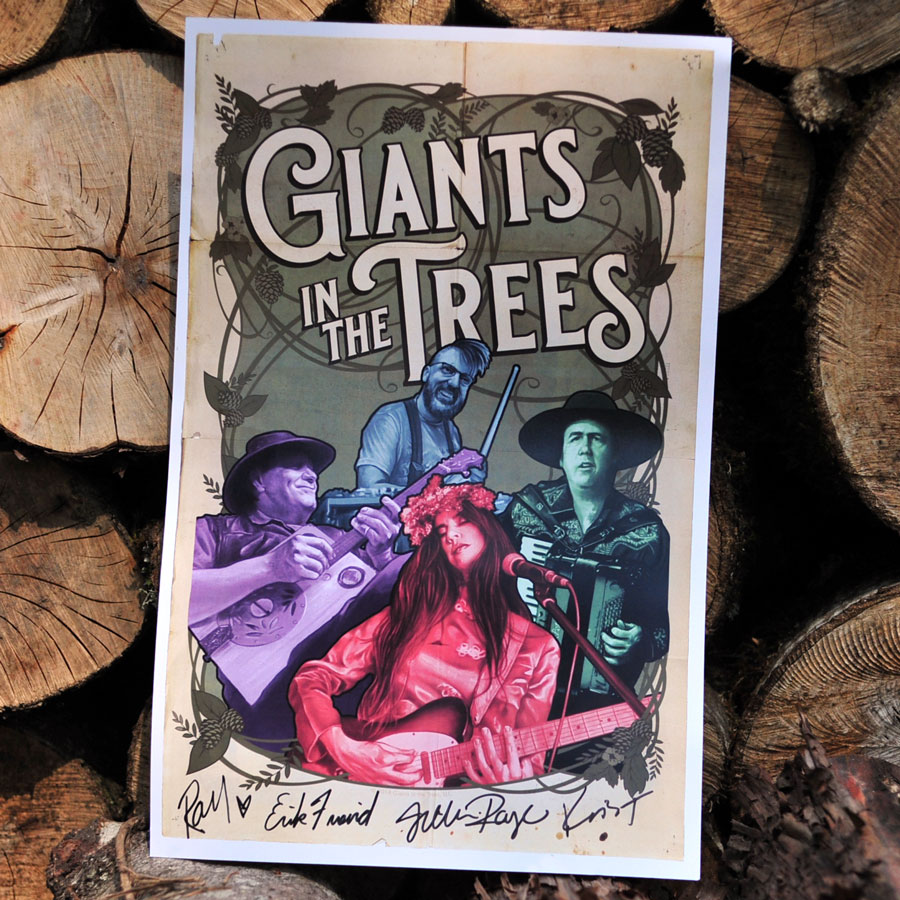 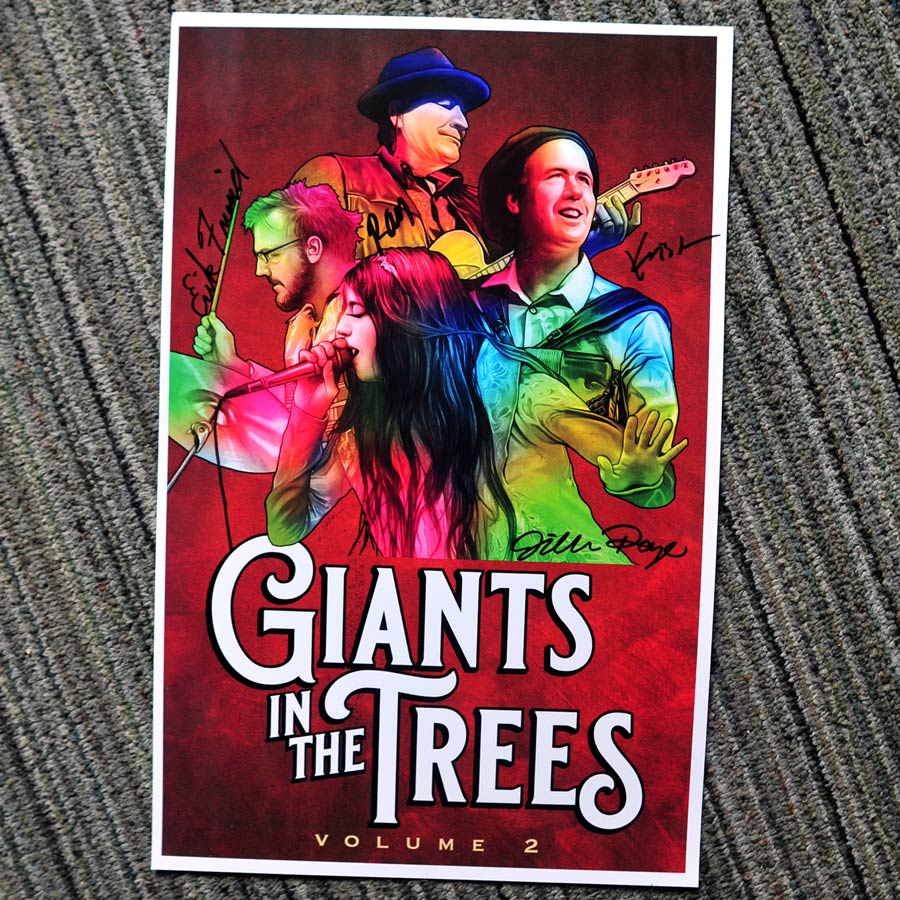 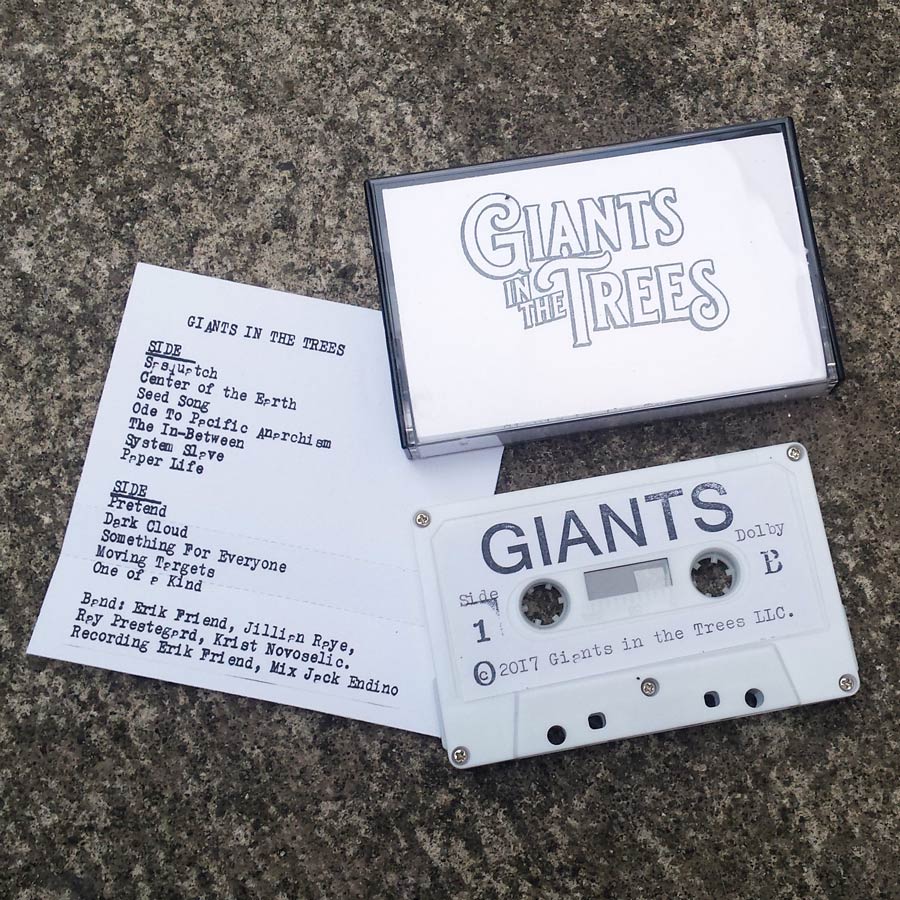 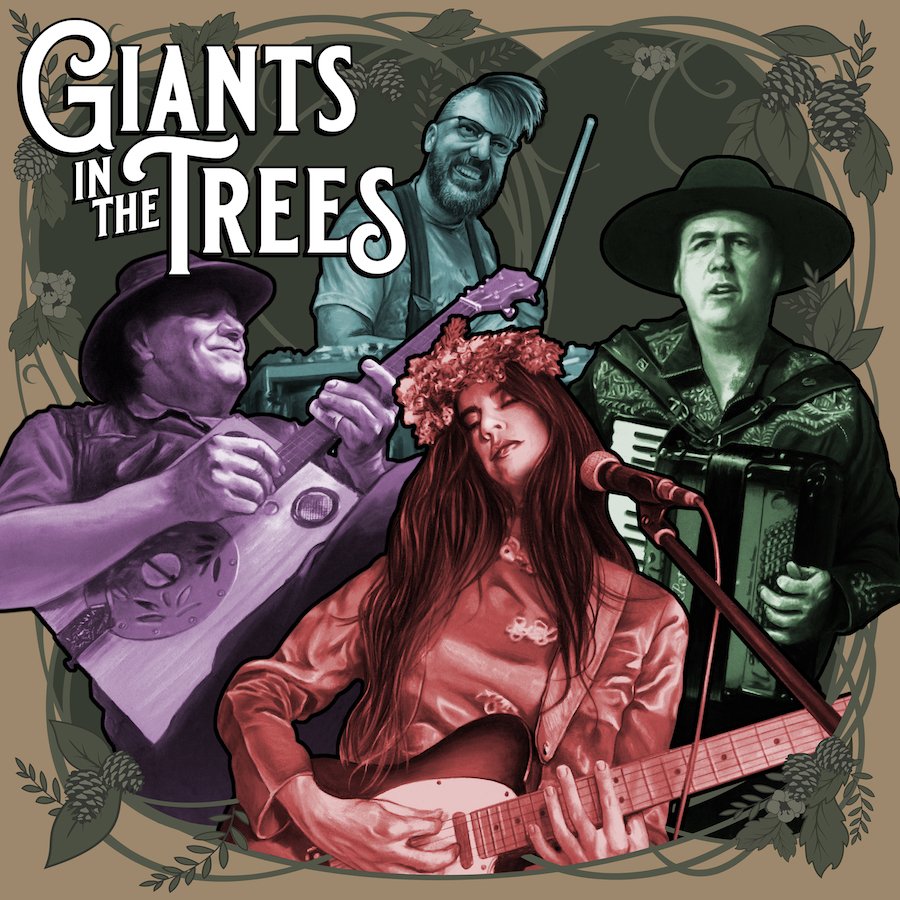 Giants in the Trees (Giants) are a Northwest band—with definite connections to Seattle music. Krist Novoselić, best known as a founding member of the seminal group Nirvana, plays bass and accordion in Giants. The other members are Jillian Raye (vocals, bass & banjo), Erik Friend (percussion) and Ray Prestegard (guitars). The group is not a “Seattle Band”, rather they are from rural Wahkiakum County – located on the north shore of the lower Columbia River – actually closer to Portland Oregon. That said, they do not consider themselves a Portland band either. (Although Giants also love the city of Portlandia.)

This new eternal and universal Rock band emerged in 2017, releasing their debut record Giants in the Trees. Their latest release is Volume 2—a collection of ten songs. Two records into it, the group love to create melody and variety in their music. They strive for personality within each of their songs. Listen to their work; where one song has a heavy and groovy 4/4 beat, while the next song offers 3/4 beat with Krist on accordion. They love whimsy — but the kind you can dance to. There is definitely an Americana sound - it's fair to recognize some classic Country with the banjo, slide and accordion. The band is not offended by the word schmaltz because with their recordings and live performances, the goal is to have as much fun as possible.

Giants in the Trees sound is rooted in old-school Pop music; they follow musical traditions, while at the same time, have their feet firmly rooting in today. This band is fun. There are so many melodies to really stomp your feet to. All the while, you can still sit back and just listen, and you really should!